New article on the Dark Triad and moral Disengagement 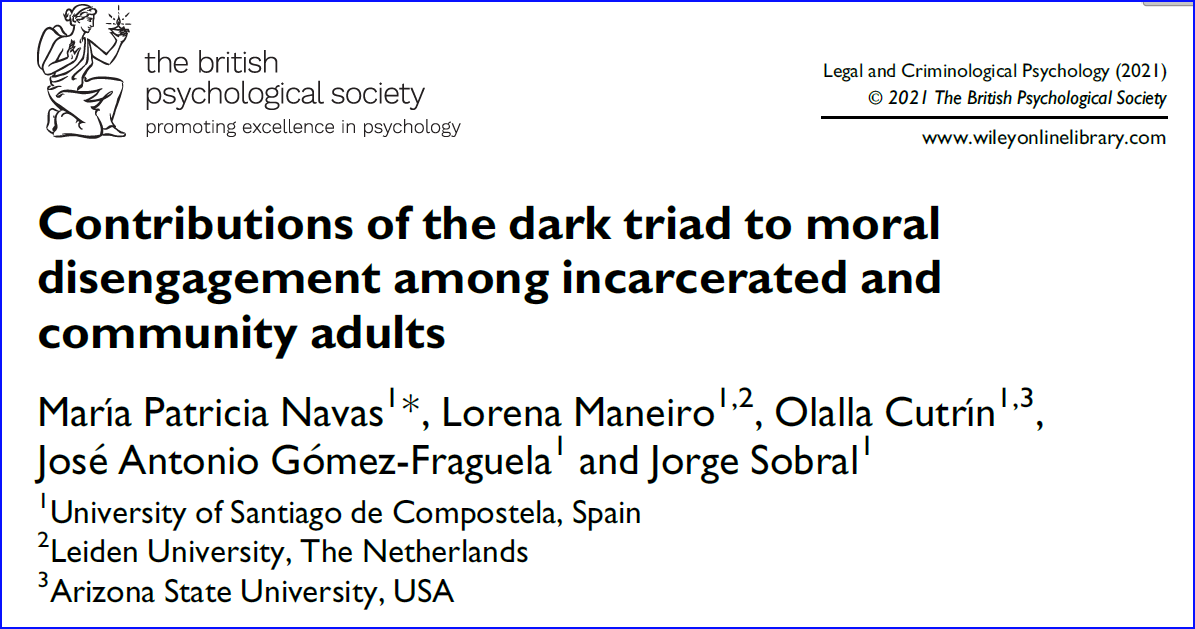 The study “Contributions of the dark triad to moral disengagement among incarcerated and community adults” has just been published in the scientific journal of Legal and Criminological Psychology published by the British Psychological Society, one of the most representative organizations of psychologists worldwide and which promotes excellence in psychological science. This study, carried out by members of the UNDERISK research group, has aimed to: a) to replicate the factorial structure of the Spanish version of the Dirty Dozen Dark Triad scale (validated and translated into Spanish by members of this research group) in a sample of the incarcerated men, and b) to know what individual differences from those evaluated in this scale are associated with the use of cognitive distortions in adult community and prison populations.

To this end, a total sample of 320 participants was taken, consisting of 160 men from prisons in Galicia and Castilla-La Mancha, and 160 men from the community. In general terms, the results supported the bifactorial structure of the scale in the prison population to evaluate these three personality traits linked to malevolence and the predisposition to commit criminal acts, namely: Machiavellianism, psychopathy, and narcissism. Likewise, to better understand the criminal behaviors associated with the dark triad of personality (DT) and its tendency to maximize the benefit of one through the exploitation of others, the cognitive processes involved in the exoneration, rationalization, justification and maintenance of such behaviors in both samples were also considered. The results showed that those strategies of moral disengagement (MD) in charge of reconstructing the crime as a praiseworthy act were associated with the trait of Machiavellianism, the MD strategies that dehumanize the victim of the crime were associated with psychopathy, and those MD strategies aimed at displacing the agent role of the perpetrator over third parties or over the victim were associated with narcissism. In summary, the temperamental dispositions involved in DT suffer an amplifying effect through the inhibitory failure that facilitates MD. Therefore, when an interactive effect between DT and MD occurs, the criminal potential of an individual is significantly increased.

These findings have relevant implications for the assessment and screening of these personality traits in forensic contexts and highlight the importance of focusing interventions on the cognitive strategies generated by MD in prison contexts, especially in incarcerated adults who present high levels of this DT profile. These cognitive mechanisms present more ductility to face eventual changes within prevention and/or rehabilitation strategies, at least in comparison with those temperamental features considered. 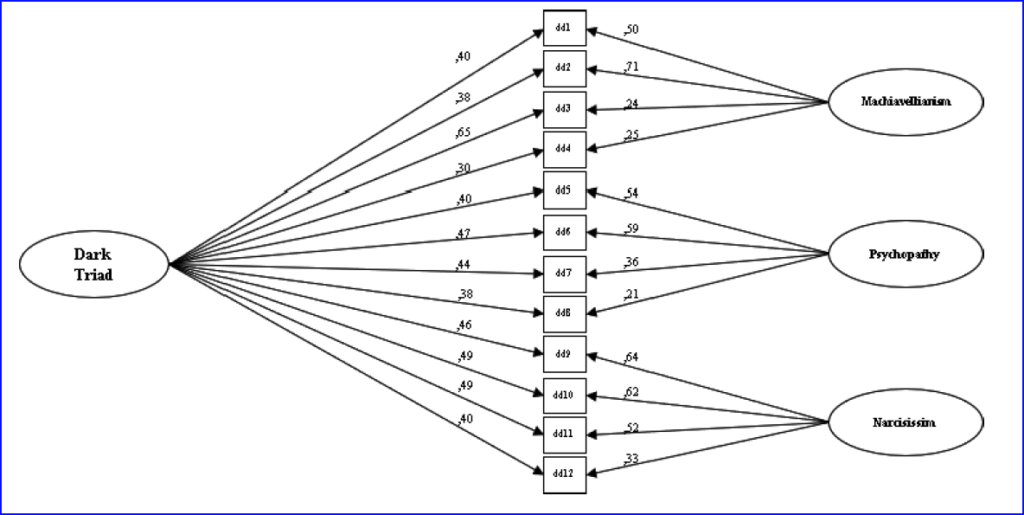